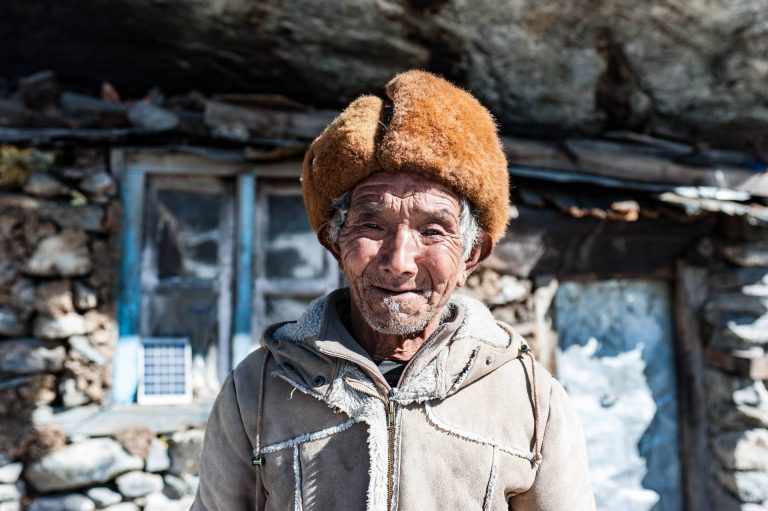 One of the respected man in his time of Langtang village left the world in a very tragic way at the age of around 85 years old. Norsang was one of the survivors of the Earthquake 2015.

I feel the necessity to dedicate a tribute to him as many people/trekkers have crossed the path with him and learned so much about life, sincerity and humanity from him like I did. Yes, he was blind since a decade and also a deaf but he could express his feelings and transmits good and positive energy and also makes you feel warm around him. 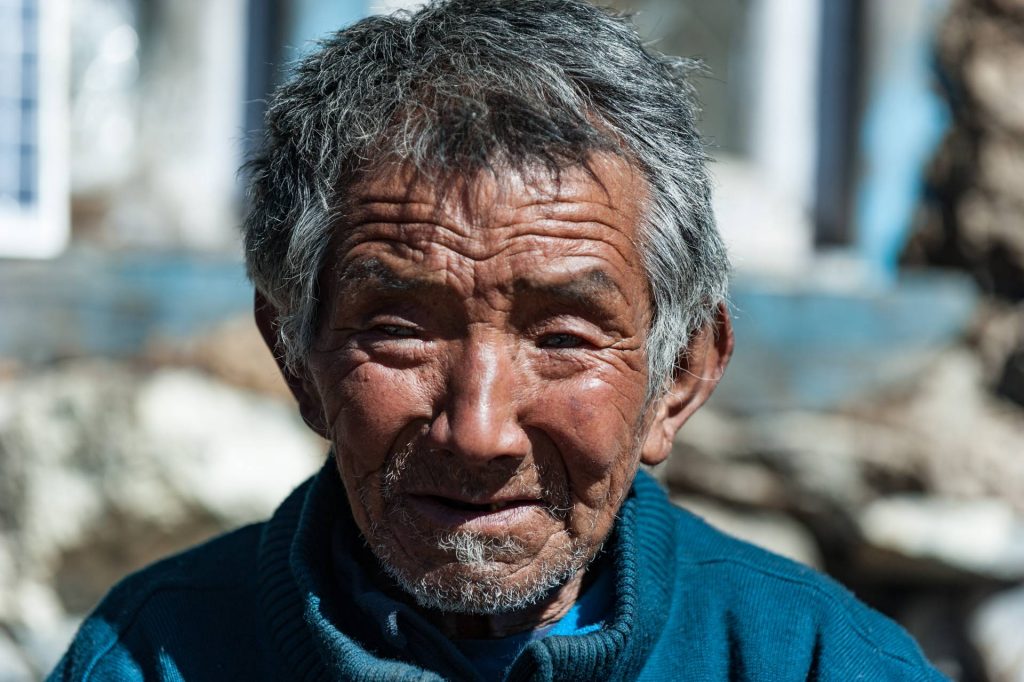 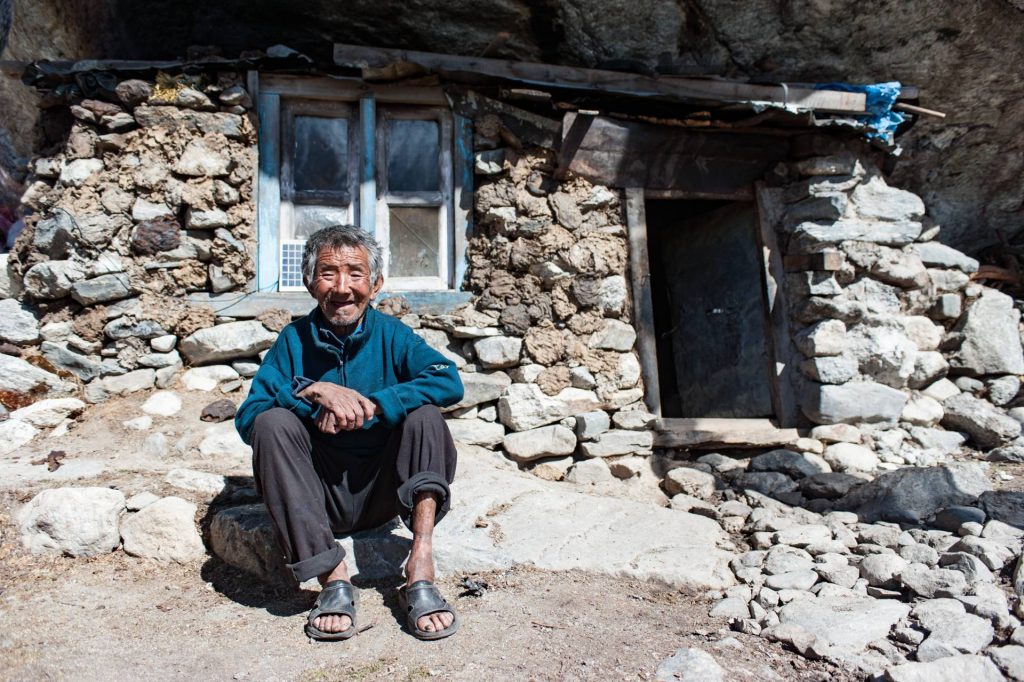 Let me go back to his times, he was kind of a special Lama (Monk) as villagers needed him if a special spiritual ritual had to be done. This is how he did his living and was also a farmer. His wife was blind and unable to walk as far as I remember and he was her caregiver. They never had any children. As a child me and my sisters used to go to his house to ask for some food as we had very little or no food at our place. He was so kind and when we knew how gentle he took care of his disabled wife our admiration for him was higher. 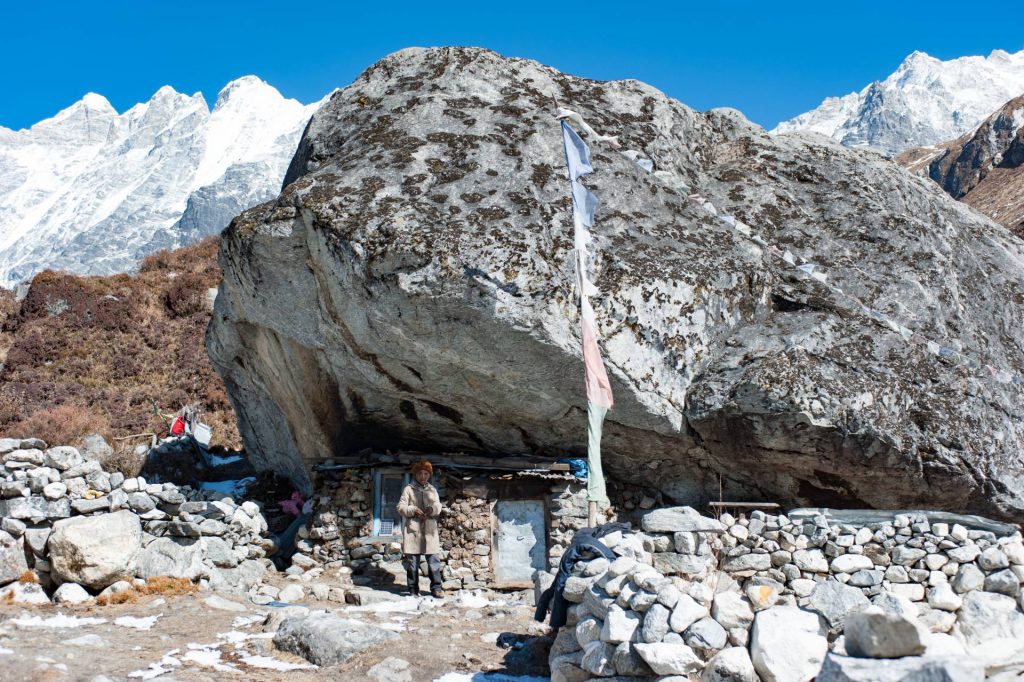 After the disastrous earthquake of 2015 which took the whole village leaving behind few survivors, Norsang lost his wife and almost all the relatives and house where he lived.  Later he was moved to Kyanjin a next village with other elderly survivors and lived in his hut until now.  After the disaster the survivors of the village were so lost emotionally and also were busy in trying to gather the broken leftovers and try to reconstruct the lives that they had little time for the elderly people.

I remember Norsang and other elderly people telling that they are living with the memory of the people who are gone. They were extremely strong ones and lived a lot in their lives. But behind those strong masks there were fragile loneliness. They needed someone to talk to and listen to them.  Of course in the loneliness you add the hardship to carry on daily works like cooking, going to toilet or sleeping. Imagine, they live in a high mountain which is around 4000m, they are old with bone aches, blind and deaf.

Just a week ago Norsang took his own life in a river. It is tragic for the whole village and also a kind of shame. Today we are very busy for ourselves and ours. We forget to pause and listen,  we just don´t think that there might be those lonely people. We pretend those old ones are burden.

During the visit to Langtang  in 2017 our friends from Bolzano of Association Nepal Reconstruction (now Jule & Namaste)after  knowing Norsang and his wisdom of living made them come up with the initiation of Elderly Project to provide food and clothing to the old people of Langtang. Our friends are deeply touched by the demise of Norsang in this way… 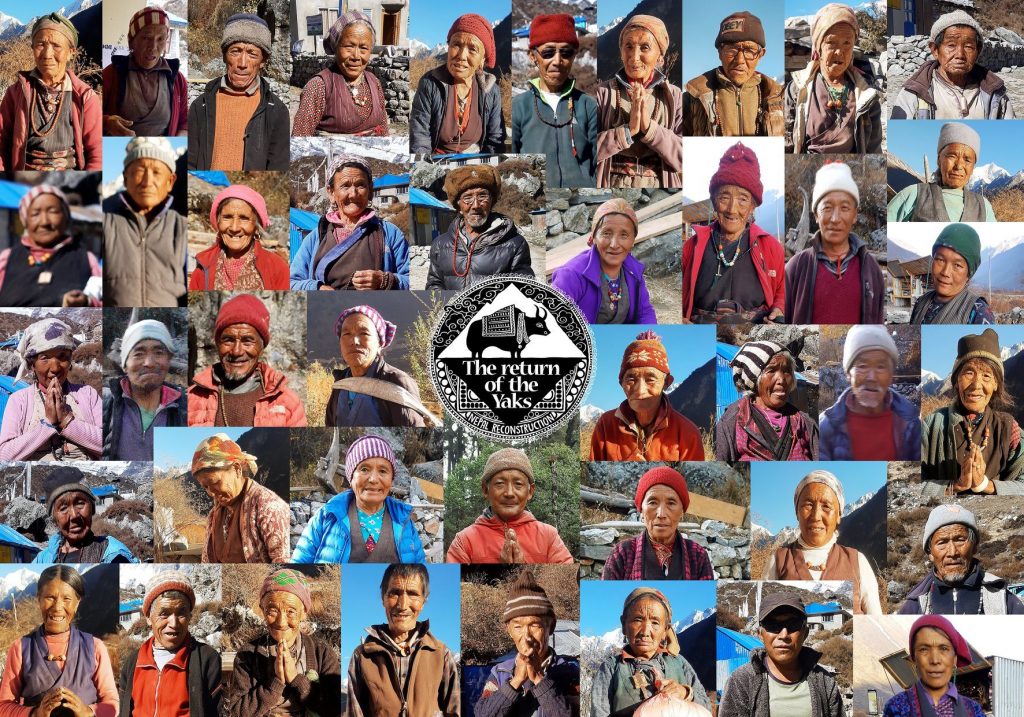 Being from Langtang and grown up in the Himalayas of Nepal, I can say that there do exists the mental health issue. Some people gets weak with so much hardship and they do get victim of frustration and depression. Most of the time they take the shelter of alcohol and there are few times that some of them takes their own lives. Norsang was not alcoholic but most of the people who took their lives they were. Most of the time, people idealize the lives in the mountain of Nepal with full of spirituality and strong wisdom people but there do exists mental issues which in the first appearance it is difficult to detect.

With this long text making short we would like to send our internal prayers to the departed soul of Norsang. And once the pandemic is over we hope it to be soon, our friends from Bolzano Jule and Namaste along with our association Mendo Family Foundation based in Nepal will work on to help the elderly people of Langtang with full heart like we have been doing since years.

And it is also meant to be a reflection to pay more attention to our elders since the same thing happens all over the world.
This event reaffirms us in the idea of continuing to work with the elderly of Langtang as we have been doing for years now from the Mendo Family Foundation together with Julé & Namasté, our indispensable friends from Bolzano who always give us all their effort from the heart.