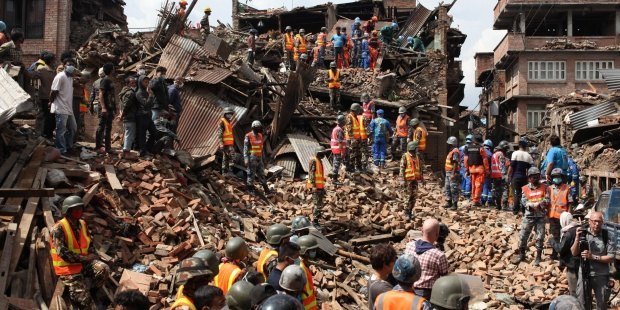 The deceptions of disaster relief in Nepal

We want to share with you a new of Al Jazeera America, which says that many large NGOs, s are diverting funds to other unspecified projects and big money are lost in the bureaucratic apparatus of these organizations.

On April 25 a devastating earthquake killed more than 8,700 people in Nepal and left an estimated half-million displaced. With at least $3 billion in aid already pledged for relief efforts, the disaster was a boon for international aid organizations. But even as the Nepalese struggled to cope with the quake and its aftershocks, the aid industry was also busy defending its poor practices in Haiti, where an investigation in June by ProPublica and National Public Radio revealed that the American Red Cross built only 6 houses out of the 130,000 homes it claimed it constructed. If the American Red Cross’ accounting methods are any guide, only a fraction of the aid pledged for Nepal’s reconstruction would actually go to the disaster stricken. In fact, most of the blunders in Haiti are being repeated in Nepal, where relief agencies are operating with little to no accountability. For example, as seen in Haiti, some charities operating in Nepal are already misreporting their overhead costs by excluding the expenses incurred by their many subcontractors.

A recent survey by the Disaster Accountability Project, a nonprofit that promotes transparency and oversight in disaster management systems, reveals that scores of agencies collecting money for relief in Nepal are diverting the funds to other projects, whose details are not specified. And local Nepalese organizations are once again being left out of the allocation of donated dollars. A tabulation by journalist Emily Troutman indicates that only $3.5 million or 0.8 percent of the total $422 million in proposed projects will actually go to Nepalese NGOs. A cursory glance at the appeal for disaster relief shows that the winners in the fundraising marathon are the behemoths of the aid-industrial complex, including the World Health Organization, Oxfam and CARE. Their vast bureaucracies and evolving tricks in donor accounting allow these groups to capitalize on catastrophe. At the heart of the system lies the unspoken premise that Westerners must disburse Western donations and that humanitarian relief should be packaged as altruism rather than assistance for the afflicted. Consequently, the support provided to those afflicted by disaster is only incidental to the whole operation, whose primary purpose is to fund a vast bureaucracy whose well-resourced members relish their reputation as saviors.

This is why the desire for saviordom often trumps the needs of the victims. In Nepal, for example, foreign medical personnel stormed the country in the immediate aftermath of the quake, determined to assist in rescuing those buried in the rubble. But the demands of the incoming medical teams overwhelmed the available logistics, dominating the use of planes and helicopters. On April 28, the Nepalese government called for a halt to the flood of foreign medical workers. Undeterred, they continued to come, with at least 1,300 more arriving after the government’s plaintive prohibition. Upon arrival, many, if not most, found little do since local Nepalese were already doing a superb job digging out as many bodies as possible, given the circumstances.

“When the next disaster hits, the billions in aid transferred via texts, phone calls and clicks will once again pour into the coffers of international aid agencies”.

The waste of resources is part of a wider culture in the humanitarian aid and development industry that focuses narrowly on output rather than measurable improvements. There is often little visible evaluation of whether the investment actually yielded any benefits. In a recent essay for Foreign Affairs, the heads of the International Rescue Committee, David Miliband and Ravi Gurumurthy, point to this as a core problem in humanitarian relief. They contend that the solution lies with donors.

“Rather than paying organizations to build a certain number of schools and train a certain number of teachers,” write Miliband and Gurumurthy, “donors should award grants to the programs that can deliver the biggest improvements in functional literacy and numeracy for the most people.” Still, while practical, solutions such as the ones proposed by Miliband and Gurumurthy do not address the problem of not trusting locals to make choices about their own rebuilding needs. The lesson from Haiti and Nepal is that international relief agencies operate on the principle that effective and expert help can only come from abroad. This arrangement reinforces the basic architecture of global altruism, where givers and their agents dictate the terms and the takers must enact their grateful subservience. And the valorous and usually Western aid worker arrives in the midst of disaster to disburse bags of food or tarps or medicines, and dirty and desperate locals grab it all, their grateful faces duly filmed and photographed as visual evidence of Western benevolence. Allowing those in need to make their own decisions on how and where to use the humanitarian aid would eliminate the power hierarchy on which Western altruism depends.

Furthermore, humanitarian workers are often blind to disparities in local versus expat compensation or the fact that their presence takes jobs away from locals. In its 2015 World Development report, the World Bank underscores how the hiring bias in the development sector affects project outcomes. Based on a survey of World Bank staff and individuals in three developing countries, the report found “a large gap between how development professionals perceive poverty and the how the bottom third (the poorest) views it,” highlighting the disparity between the perceptions of development professionals and the “beneficiaries” of their interventions. The aid-industrial complex is in dire need of overhaul. This entails changing the current metrics for evaluating outcomes and the attendant flawed decision making of rich and foreign development professionals. This would help eliminate the premise that expatriate bosses know best and empower local communities and focus on delivering the intended results.

However, given the heft and reach of the aid industry such a transformation is unlikely anytime soon. When the next disaster hits, the billions in aid transferred via texts, phone calls and clicks will once again pour into the coffers of international aid agencies. They will do what they did in Haiti and what they are doing in Nepal, perhaps knowing full well that their crucial skills are not the effective provision of humanitarian relief but only the packaging of altruism to the givers. 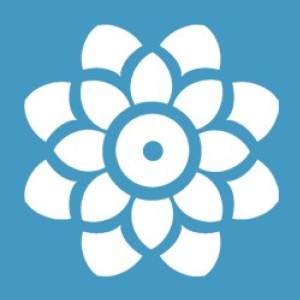