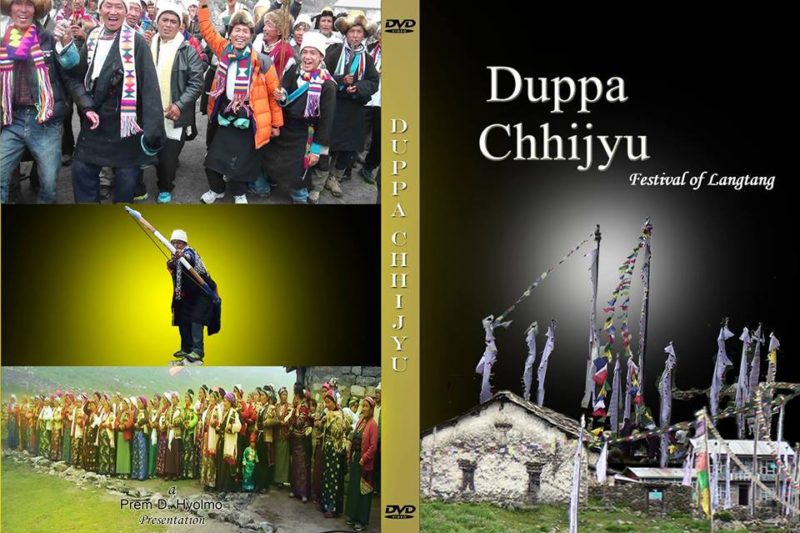 Today on 20th August, the people of Langtang will celebrate the unique festival of Buddhist called Drukpa Tsheshi. Usually we celebrate the festival in Kyanjin Gumpa where all the villagers of 6 or 7 villages gather together and celebrate it for 6 joyful days. People living in Yellow Gumpa decided to celebrate it in the camp and in the monastry in Kathmandu although they have gone through immense pain this year.

Drukpa Tsheshi is a unique festival, celebrated by the Buddhists. In the vein of other religious festivals, Drukpa Tsheshi is also attached with the religious sentiments of the Buddhists. The festival commemorates the event, when Lord Buddha turned the Wheel of Dharma for the very first time. Actually, this event marks the beginning of spreading religion and the first sermon that the Lord gave to his five disciples at Sarnath. Drukpa Tsheshi is celebrated on the 4th day (Tsheshi) of the 6th month (Drukpa) of the Tibetan Calendar which is based upon the movement of moon. According to the English Calendar, it falls somewhere around July or August each year. The festival observes chanting ,prayers, dancing and many more. The festivities comprise of a Yak (The mountain animal) race or just a small play with the yak , which adds a little adventure to the ambiance of spirituality.

Coming to the legend behind the festival, it is observed to celebrate Lord Buddha and his first preaching of the Four Noble Truths. This preaching was granted to his five disciples at the Deer Park in Sarnath. The first noble truth is Dukkha, acquaints with suffering. The second noble truth acclaims the truth of the origin of suffering, accident, chance, illusion and their causes. The third noble truth confirms the termination of suffering or the realization of ‘Nirvana’. The fourth noble truth says about the truth of the Eight Fold Path, which eventually leads to Nirvana. How the people of Langtang celebrate these 6 beautiful days:

Drukpa Tsheshi is the second most important festival in Langtang after Lhosar (Tibetan New Year). Without any doubt Drukpa Tsheshi is more lively and signigicant to the people. After months and months of preparation with Chang (strong Tibetan alcohol), Khabse (deep-fried pastry), shopping from Kathmandu, varieties of foods, people go to Kyanjin Gumpa to celebrate the fest. Actually it is like a picnic. The families shares their houses in Kyanin as there are not sufficient houses for all the families, some families stays in tents.

Each year 5 families take the responsibility of organisation of these 6 days. These 5 families will prepare everyhting and take all the responsibilities during the chanting and praying in the monastries so that the rest of the villagers can just enjoy. This is beautifully organised. As people work throughout the year and they live in different villages, so during these 6 days they share their happiness, sorrows and most importantly they share their quality time.

We celebrate with our families at home. The morning starts with the blessing of our parents and elderly ones. We eat Khabse and whole day we dance at home.

The people gather in monstry and the 5 fmilies who are responsable to organise the fest will make their prayers which is called ( Ngorob Shyuge). This prayers consists of worshipping all the gods and goddesses who are protecting us. This takes around 4 hours and rest of the day people dance and eat.

The morning starts with the gathering of all the villagers in the monastry with the traditional dress.The day is called Dha(Arrow) kyapke, which means day of bow and arrow. It is a compitation of shooting the arrow where only the male member of the family participates. They have to shot and the man who nails the arrow in the middle point of a piece of wood placed far away will win. Than he will get Khada (A tibetan traditional ceremonial scarf) from all the villagers which simbolizes victory. But before the compition the lamas will do their chanting in the monastry and the people make their prayers. After that, they make 3 rounds to the monastry . Later we worship a white Yak (Mountain animal) which we regard as the symbol of protector of the Himalaya.

Than the ladies waits their husbands with a beautiful dresses and sings a song of good luck for the competition.Than day ends with a dance. This day too we do a competition of bow and arrow which is called Gyangma (Long distance). But this is not nailing the arrow to a point instead it is measured by distance. The man whose arrow arrives the furthest place will be the winner. After that we play a game among both men and women. The game consists of snatching a piece of wood. We consider the wood as a horse. The winner team will carry the wood to the monastry and will be honored with Khada. The legend says that Dhomare (The people of highest cast in Langtang who have ruled or governed the village centuries ago) used to have the power to fly with the piece of wood.

After the joyful game we do a sort of picnic where all the villagers shares their food with everyone. Usually the ladies offer the Chhang (Tibetan alcohol) to their male members of the family. Than day ends with a dance. Whole day people dance and share their things. They invite each other to their houses and offer each other with the best food and hospitality.

This fest is also considered to be the farewell fest to the monsoon. Just after the fest people harvest their crops. People believes that after the fest they will have have their outcome of the hard work which is their crops. This is a very significant fest which creates a storng bond among the people.

My mum was one of the organiser of the fest this year. I was suppose to be there in the fest so my mum participated as a member. She was so excited thinking that I would be there after many years to be with her for 6 days and sharing our good moments. Unfortunately she left us on 25th April with the rest of villagers and mountain lovers. But my dad will continue with the responsibility of the fest in the refugee camp which clearly shows how important the presence of my mum in his life.

Langtang will rise and we will celebrate this festival in Kyanjin in years to come.